What do you know about Prague as the city? Have you seen Prague Castle or maybe Charles Bridge? Let’s take a look and get some basic info first.
Sdílet
Tweet

Prague, the 15th largest city in the European Union, is a city that has survived through great adversity, from the Thirty Years War through both world wars, and the post-war Communist era. Historical and cultural attractions persevered through this great adversity, including Prague Castle, Charles Bridge, Old Town Square, and Wenceslas Square. Each of these areas played a vital role in Prague’s historical heritage, and continues to attract tourists for their historical and cultural significance in the vast history of the city.

Old Town Square features a statue of Jan Hus, a religious reformer who was burned at the stake for speaking heresy against the Catholic Church. The statue was erected on July 6, 1915, marking the 500th anniversary of his death. Additionally, Old Town features the Astronomical clock, installed in 1410, which consists of three components: the astronomical dial, which represents the position of the Sun and Moon in the sky, the “Walk of the Apostles” which features an hourly show of the figures of the Apostles and other sculptures, including a figure of death, and a calendar dial. The beautiful construction and hourly show draw many visitors and tourists from around the world every year, and its multiple facets and intricate design allow visitors to find something new each time they examine the attraction. 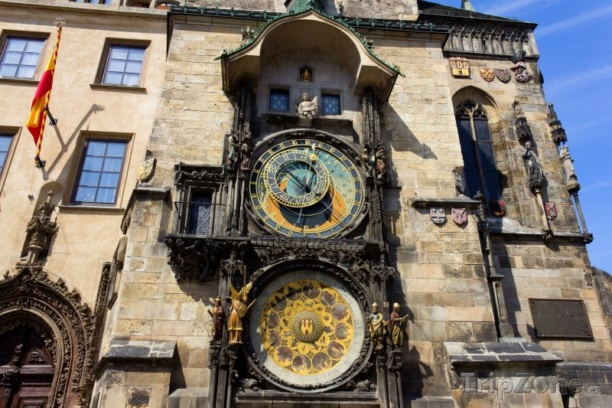 Charles Bridge, also a feature of Old Town, can be found just off of Old Town Square, and crosses the Vltava River. Construction started in 1257 and was completed in the 15th century, but was originally called the Stone Bridge or Prague Bridge, and was renamed in 1870 to Charles Bridge. Three bridge towers, two on the Lesser Quarter side and one on the Old Town side, protect the bridge, which is decorated by more than 30 statues. Depicting various saints and patron saints; today, all of the statues featured on the bridge are replicas, with the originals having been exhibited in the National Museum. The Old Town tower served as the display point for the heads of the 27 leaders of the anti-Habsburg revolt, who executed in 1621. The bridge has further survived multiple wars and floods, and stands as a testament to the city’s strength and resilience through the face of adversity.

The Prague sightseeing is great, but let’s not spend the precious time in Prague with the historical fact only. What about combining the Prague tour with some beer tasting? If this sounds good to you, then you are on the right place. Just pick one of our tours and join us!

We have a tour for everyone

Wenceslas Square is the center of business and culture in the New Town of Prague. The square traditionally serves as the setting for demonstrations, celebrations, and public gatherings. Saint Wenceslas, after whom the square is named, is the patron saint of Bohemia, and, like much of the town, has survived many historical events and wars; it’s fitting that the National Museum sits at the highest point of the square, a building that holds historical objects, overlooking a square that has witnessed the city’s historical events and growth.

Prague Castle dates back to the 9th century and serves as the official residence of the President of the Czech Republic. The castle is the largest ancient castle in the world, and houses the Bohemian Crown Jewels. Tourists can enjoy virtually every architectural style on the castle grounds. The castle features Saint Vitus Cathedral, the Basilica of Saint George, a monastery, as well as defense towers, gardens and palaces; additionally, it features the National Gallery, which features exhibitions dedicated to the history of the Czech Republic.

We have a tour for everyone

Best way how to learn about Czech beer is to taste one. And we are happy to help you with this on our tours! But if you want to prepare on your own first, you can check out those articles.

What do you know about Prague as the city? Have you seen Prague Castle or maybe Charles Bridge? Let’s take a look and get some basic info first.

Czech beer is one of the famoust in world. Were you ever interested about the history behind? Do you know what beer types were brewed as first and where? Do you know where the Pilsner type is coming from?

How do you say beer in Czech? What is the beer consumption in Czech republic? Those and other interesting facts you can find here.